Cooper Barton partner and long-time Scouting veteran Kenneth E. Barton III was selected to receive the Boy Scouts of America’s Order of the Arrow’s (OA) Distinguished Service Award (DSA). Founded in 1915, the OA is the National Honor Society of the Boy Scouts of America. The DSA was created in 1940 to honor OA members (youth and adults) who have rendered distinguished and outstanding service to the OA on a sectional, regional, or national basis. Since 1940 only 1,019 people have received the DSA award. Ken will be presented with the award at a formal ceremony to be held in the coming year. 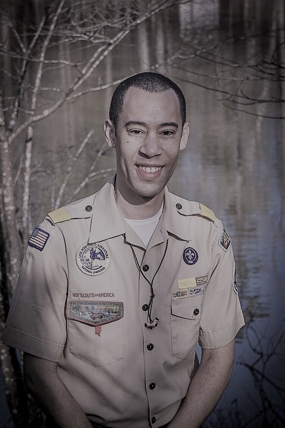 Ken grew up in Alpharetta, Georgia, and joined Cub Scouts at age 7, earned his Eagle Scout rank, and continued as an adult volunteer beginning while a student at Hampton University. Earlier this year, Ken received the Silver Beaver Award from the Central Georgia Council, Boy Scouts of America for his work in Middle Georgia, including service on its Executive Board and as its Vice President of Program.

Scouting is a family tradition for Ken. His grandfather was a Boy Scout before World War II in Springfield, Illinois, and later served as a Scoutmaster. Ken’s father and uncle are Eagle Scouts. Ken Jr. is still an adult volunteer in the Atlanta Area Council, and he too is a Silver Beaver recipient.

Ken was elected as a youth to membership in the Order of the Arrow, and as youth, he held leadership positions including service as the youth leader in charge of the OA in the Atlanta area in 2004-2005 and then nationally as the first youth chairman of the OA’s Scoutreach program in 2008. Scoutreach is a program aimed at improving access, involvement, and retention for young people in under served areas in the OA and the Boy Scouts of America.

Among other important roles as an adult, Ken serves as the Associate Section Adviser for the Order of the Arrow in Southern Region Section 9, which is comprised of most of Georgia and Alabama. Additionally, Ken was the Area Lead for the Headquarters Staff at the 2017 National Scout Jamboree, and he has served on the staff at numerous national and regional events over the past fifteen years.

Ken’s legal practice focuses on employment law, disability law, corporate law, business litigation, and appellate work. Ken applies life lessons learned in the Boy Scouts to his work every day. Whether a client seeks advice for their business or legal assistance for a matter of a more personal nature, Ken always thinks about that client, their needs, and how to be the advocate they need. Ken strives to explain and ensure that all his clients truly understand the often-complex details of the law, so they are part of one team that is working toward the same goals, much like the first lessons he learned as a young scout about working in a patrol. 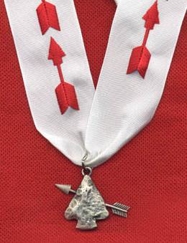